Meek may inherit earth, but they rarely get the best compensation

Josh Mettle: I’m just kind of putting myself in the position of let’s say I’m coming out of residency or fellowship and I’m taking my first attending position and I get this offer letter. I’m excited at this stage in my life that I’m in. It’s been a very long journey and now my first real offer letter is in my hand.

Do you find that sometimes there’s just maybe a lack of courage – maybe courage isn’t the right word – but just the lack of there’s got to be some element of fear that would go through my mind. Certainly there’s going to be some trepidation about countering or objecting to the terms in one’s offer letter, especially if it’s your first offer letter. What advice would you give a young physician who’s thinking of countering that letter?

Dennis Hursh: Well, I think you have to realize that they don’t just do this. This isn’t like monster.com where there’s a million in and they say, “How about we bring in a thousand people to interview and start weeding it down?” If they’ve made an offer to you, they’re very serious. They’ve spent a lot of time and that’s probably physician time, not staff time. Physicians have done an awful lot. They’ve probably interviewed you. They’re probably at the point where they’re really have decided that you are the person.

Don’t feel like there’s a million physicians out there. “If I say no, they’re going to go to the next one in line.” They’ve already invested a lot of time and money in you to get to that point. You should not at all feel like, “I’m lucky to have this, and if I don’t accept it just the way it is, they’re going to shoot to the next person.” It just never works that way. They want you. Not saying that you may not be able to come to an acceptable agreement, but they’re very committed to you by the time they give you an offer letter.

Josh Mettle: Dennis, that’s an excellent point. They have a role or a position to fill and they’re moving on and it’s easier to come to terms than it is to start the process over. That’s a great point.

Josh Mettle: There’s a quote in your book, and I believe you say, “The meek may inherit the earth, but they rarely obtain the best compensation packages.” We’ve touched a little bit about that but tell us what you mean specifically about that.

Dennis Hursh: Well, I think physicians it kind of rolls into the last point, but you should never assume that a contract is carved in stone, and one of the things that people generally are going to be a little bit flexible on are benefits. You should always ask about things if it’s not in there now about medical school debt repayment assistance. Is there a sign-on bonus? What about moving expenses   dues, hospital dues in particular but also society dues? What about the costs for board certification or recertification?

If you ask for them, you’re not going to get all of them, but the point is you definitely won’t get any that you don’t ask for. You always have to go back and at least do the ask. As I said, if it’s not in there to begin with and you don’t ask for it, then obviously you definitely won’t get it. You may not get all of it, but you’ll probably get something if you’ll just ask for it.

Visit Physician Financial Success to listen to all our informative podcast episodes.

Other Posts to Check Out 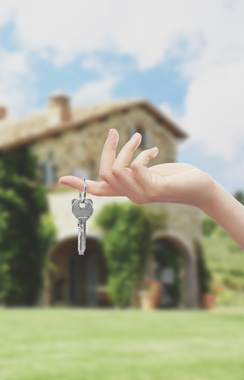 What if you wait until next year to buy? 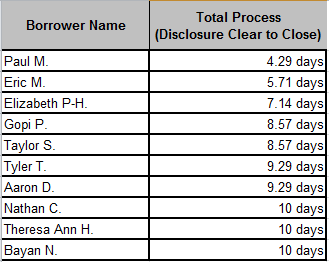 June Scorecard for our Team

We truly appreciate the opportunity to work with you on such an important financial transaction in your life and look forward to exceeding your expectations!